I still have renovations to complete at my shop, but thankfully most are minor. 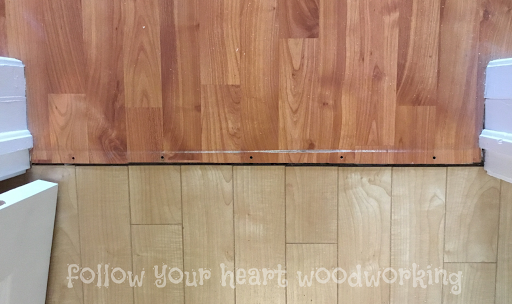 Instead of buying a metal or wood piece to fit, I made one myself out of a scrap piece of poplar. I guess this is officially called a threshold.
Because there is a difference between the floor heights, I needed to clean out part of one long edge. I used my table saw with dado blades set up. I usually start by taking out just about half of what needs to go and then try putting the piece in place to see how much more to take out. This probably doesn’t make sense to read, but if you see the photo of the finished strip, I hope it becomes more clear. 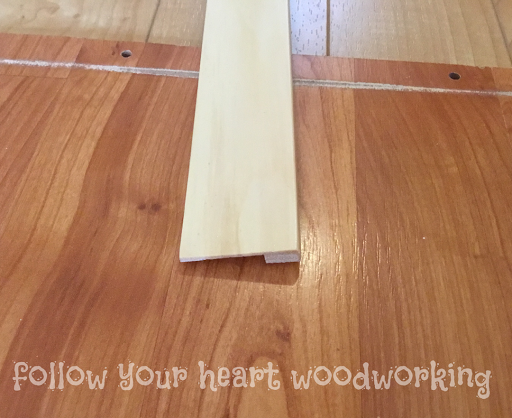 The narrower part on the left will go over the darker laminate and cover the holes and worn marks, the thicker portion will cover the ends of the newer retail floor. I put a few coats of a clear acrylic polyurethane on it.
Since the threshold is so thin, I decided to glue it down, something I may regret doing if I want to change the kitchen floor. In that case I’ll have to make a new piece because I will most likely have to break it to remove it.
Of course, my door would no longer close and I had to remove it and trim a little off the bottom. At some point this door had already been cut, and I just used an exacto knife (box cutter) to trim off less than 1/8″.
Well now I don’t have dust and wood shavings gathering in the space between the two floors, it looks much neater. 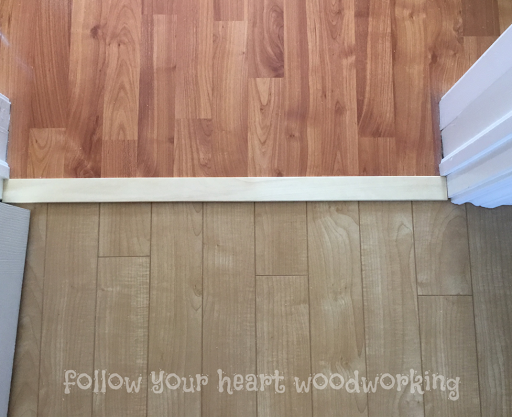 Now on to more creative endeavours!

0 thoughts on “Bridging the Gap”